I’m Happy to Reconcile with Obi, My Brother – Says Umeh

South-east should produce next president, but there’s no justice – Governor Uzodinma

The governor announced on Wednesday, April 22, 2020, that he has amended the Quarantine Regulations to ensure that anyone leaving their home for public places wears a face mask.

He said his government will make masks available for free to the poor and vulnerable groups, but advised everyone else that can afford to buy to get their neighborhood tailor to sew cloth masks.

“This will help protect them, their loved ones and everyone else from the spread of this disease,” he said.

The governor said this shortly after he revealed that he has recovered from the coronavirus disease weeks after he tested positive in March.

“My family not only went through the trauma of potentially losing a member, but also the risk of being infected as well,” he said. 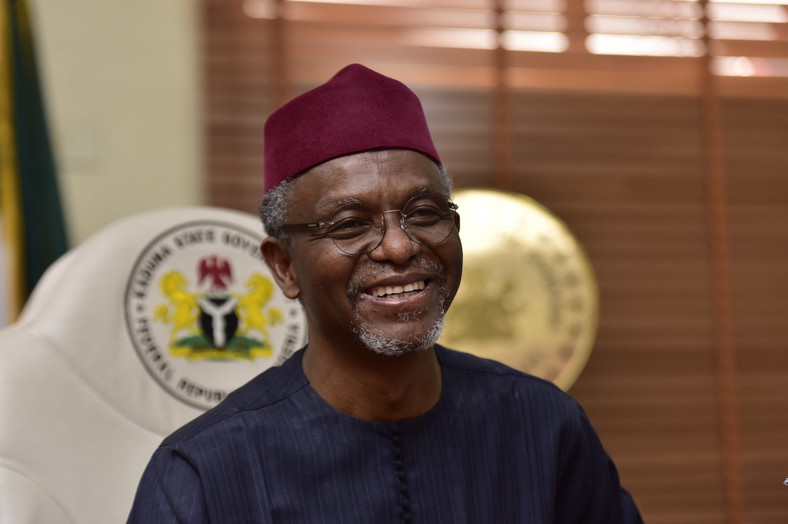 El-Rufai was Kaduna’s index case, but eight more cases have been recorded in the state since his diagnosis.

Five of them have been released, leaving the state with only three active cases that were announced on Tuesday, April 21.

He said he’ll lead his government’s efforts to ensure that only as few people as possible are infected, noting that prevention is the most prudent thing to do to save lives, especially given the limited capacity of the state’s health system.

The governor also promised that infected people will receive adequate and timely care and treatment.

“We must all work hard to ensure that we keep COVID-19 out of Kaduna State.

“We have lower infection rates than expected due to stringent measures we imposed in our state, but we cannot let our guards down.

“We are in dangerous times. This disease is a threat to our humanity, our lives and livelihoods.

“As someone that has experienced it, I will not wish it on my worst enemy,” he said.

Many other state governors, especially very recently in the south west, have announced similar compulsory face mask policies even though the Federal Government had issued it as an advisory and not something to be enforced by authorities.

Nigeria has recorded a total of 782 coronavirus cases in 24 states and the Federal Capital Territory (FCT), Abuja, as of April 21.

FORGIVENESS IS DIFFICULT BUT NOT IMPOSSIBLE

Court jails sisters for spending N1.7m donated to a patient

Pope Francis appoints the Auxiliary Bishop of Onitsha Archdiocese, Most...

ABOUT US
Mission Reaching a clearer understanding of the Church's mission in the world through Objective reporting, Insightful columns and comments, Challenging editorials and Emphasizing news about events in the local Church community and beyond
FOLLOW US
© Trinitas News Media BUILT by FADA GOALLORD | CONTACT 08136768149
MORE STORIES

Nigerians React To Sack Of Buratai, Other Service Chiefs

Nigerians on social media have reacted to the sack of Service Chiefs by President Muhammadu Buhari.

By Ononye VCTeachers and pupils of the Trinity Primary and Nursery School on Wednesday held a retreat to...